The Tàpies foundation has just reopened its doors following extensive renovations lasting two years .
The renovation works sympathetically brought out the original style of the building, which was built in 1879 by the architect Lluis Doménech i Montaner.

Restored and decorated by the architects Roser Amad ó and Lluís Domènech Girbau, the space  offers a soothing oasis in the middle of a  vibrant  noisy city.

The Barrisol Lumière ceiling, which overhangs a row of iron columns, is part of the skillful mixture of industrial and contemporary styles.

Antoni Tàpies,exhibited in the main museums of contemporary art was responsible for more than 8,000 works during his career.  He preferred to use basic materials such as: thread, wire, straw and clay.
The work of Antoni Tàpies, a self taught  artist self-won  numerous prizes and rewards,.  From his debut he was associated with the other big names from the world of art in the XXth century, including  other well known surrealist Catalan painter Joan Miro. 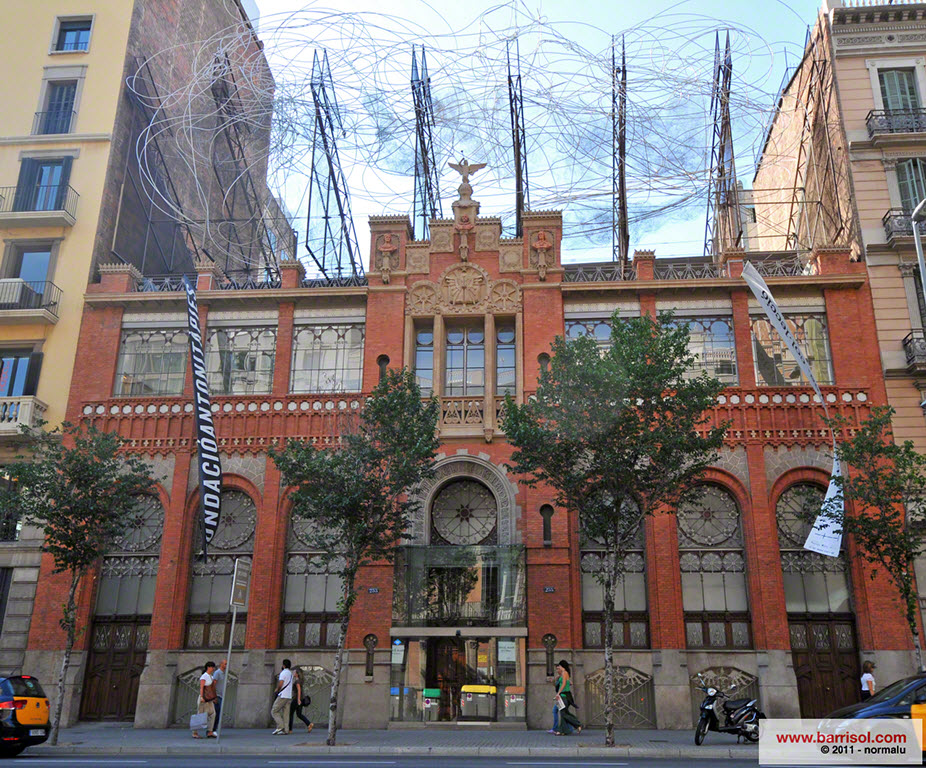 To install your stretch ceiling : we help in the search for a stretch ceiling approved Barrisol installer nearest you. Barrisol approved installers have received specialized training at Barrisol, pledge of excellence and quality of work.

All Barrisol® sheets are labeled A+ ( highest rating ) in accordance with the statutory provisions on the quality of indoor air.

Emissions in indoor air A+

« French Origin Guarenteed » certifies that Barrisol ceilings are made ​​in France.