Barrisol®, the highest ceiling in the world

" We climb the Kilimanjaro for six hours, sometimes falling asleep whilme standing. I motivate myself, remembering the flag has to be planted, or should I say the highest Barrisol® ceiling in the world.

We eventually reach Stella Point, at an altitude of 5,756m high: the hard part is supposedly over, even if there are still 180m left to climb, it will be nothing but a formaily.

We reach Uhuru Peak, at an altitude of 5,895m at about 6:55 in the morning. The sun is up, the landscape is huge and magnificent…"

That's how Barrisol® became the highest ceiling in the world ! 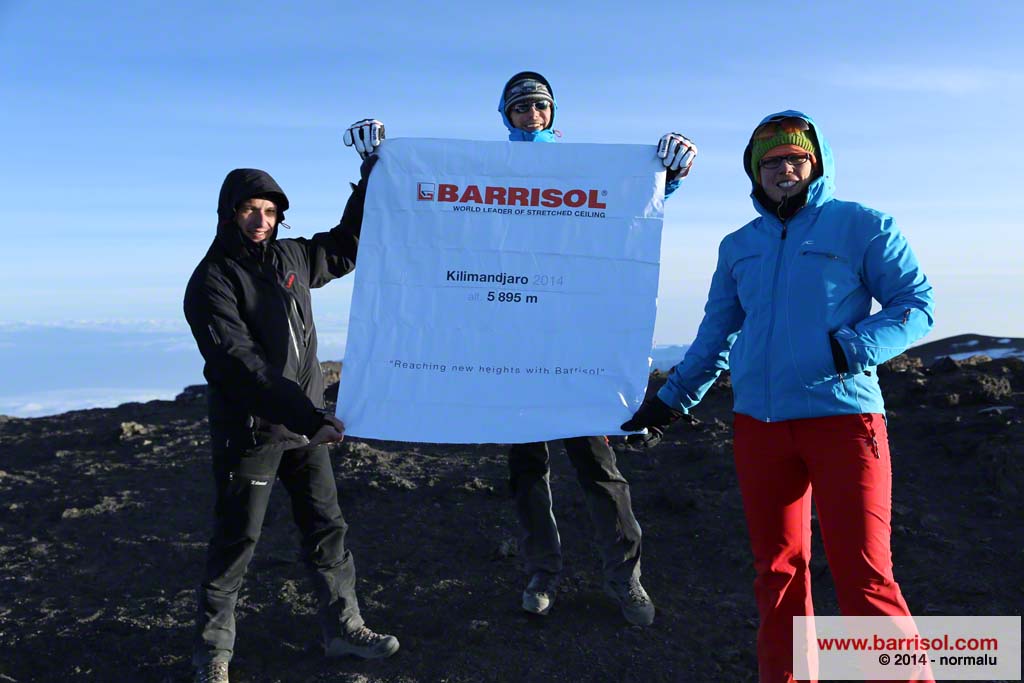 This narration by Sébastien Rentz – accompanied by Audrey Milesi and Thomas Bilger –, sums up the boldness and courage it took the three to climb the highest summit in Africa, the mythical Kilimanjaro, on which our colors floated for a moment!

With the confidence of Jean-Marc Scherrer, NORMALU S.A.S's Chairman, who was willing to take up this challenge, the world's number one in stretch ceilings culminates at an altitude of 5,895m!

To install your stretch ceiling : we help in the search for a stretch ceiling approved Barrisol installer nearest you. Barrisol approved installers have received specialized training at Barrisol, pledge of excellence and quality of work.

All Barrisol® sheets are labeled A+ ( highest rating ) in accordance with the statutory provisions on the quality of indoor air.

Emissions in indoor air A+

« French Origin Guarenteed » certifies that Barrisol ceilings are made ​​in France.